Padma Rigzin writes: Ladakh’s folk religion teaches that humans do not form the centre of the natural world but are merely inhabitants. So much so that my ancestors would not move a rock to build a house. Unfortunately, people in Leh are shouting the tune of the mainstream. Ambani has already started knocking our doors.

Ladakh’s villages have thrived in the belief that humans do not form the centre of the natural world but are merely inhabitants. The recent decision could stand to harm this view.

In Ladakhi language, juniper is known as shukpa. Thus the name of the village, situated 80 kilometres west of Leh, is derived from this sacred grove.

The grove surrounds a small hillock, and is dotted with several springs. The availability of water sustains a healthy local ecology. The juniper trees stand tall in the grassland propped up by the spring water, while shrubs and thorny bushes play supporting roles there. In the summers, the grove is as green as any picturesque image of Kashmir will be. In the winters, the grassland is covered in an ice sheet reminding one of beyond-the-wall scenes of Game of Thrones. This is the physical aspect of the grove.

But there is more to this material reality. For the grove is surrounded and inhabited by transcendental forces known locally as lha and lu. As such the northern most juniper tree, called ama-shukpamo reverentially, is the presiding deity of the grove, and the protector of the northern boundary of the village. The southern boundary, on the other hand, is protected by the deity who lives at the base of Ri-gochey. 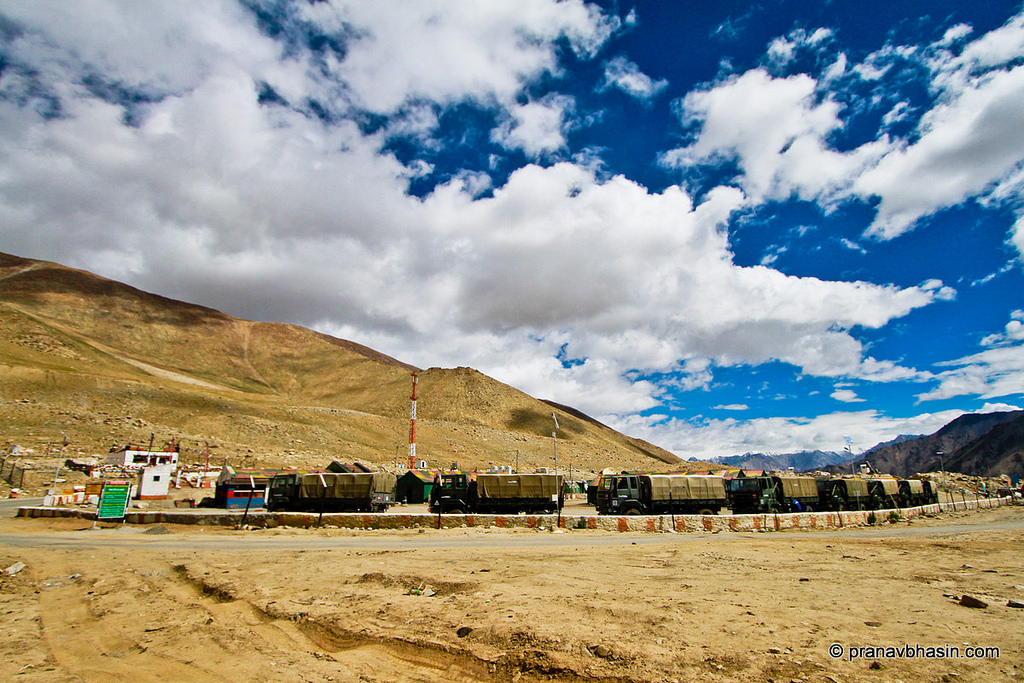 My ancestral house is situated not far from the sacred grove. In the house, there is a big rock on the ground floor. It is part of a wall separating two rooms. One half of the rock juts out in yo-khang, the winter kitchen-cum-living room of traditional Ladakhi houses. The other half bulges out in the fodder storeroom.

The rock is not an ordinary rock. It is the residence of a lu, a spirit that lives in stone, water and the earth. This is why no one has dared to move it, let alone break it up to convert it into building blocks.

The land of the village is sometimes referred to as lu-sa, the land of the spirits. According to this worldview, the world is not merely its physical reality, but rather, invisible living forces and potencies are constantly present in it and are on the move. The protector spirits of the village guard against the evils spirits but can sometimes cause harm to the village if they are offended. As such, the people of the village have to maintain a cordial relationship with the spirits, appeasing them with offerings of food and chang (the Ladakhi brew).

Villagers have to make sure that the purity of the spring waters, where the lu live, is maintained. If the spirits take offence, misfortune can befall the village.

This belief system is known as “folk religion,” which was co-opted by Buddhism when it spread to Tibet and Ladakh. “Folk religion” has remained prevalent in regions with cultural links to Tibet.

In the present context of climate emergency and global heating, folk religion can teach us how to live.

One of the first things that folk religion tells us is that humans are part of the world, but not the centre of affairs. The existence of humans is possible only when there is good relationship with the residents of the spirit world. So much so that my ancestors did not move a rock to build a house.

By decentering humans, we could see the point of view of springs, snow leopards, rivers, spirits, ancestors and so on. Also, belief in sacred land, water and trees restricts human greed. Humankind’s relationship with a sacred grove or sacred earth will be based on love, care, fear and negotiations, and not domination and exploitation.

In safeguarding tradition, Ladakhis need not look towards a futureless past. Photo: Rajeev Rajagopalan/Flickr (CC BY 2.0)

If the worldview of a community is different from that of the majority then the question of autonomy becomes important. Historian Prathama Banerjee reminds us that tribal people politics in India has been about autonomy. In sync with this larger politics of tribal people was the demand of Ladakhis for an Union Territory status. Now the demand has been met, Ladakhis have to ponder the meaning of this autonomy.

The idea of autonomy for us should be about preserving the important ways in which we are not like the mainstream. In the stream of the mainstream a tree is seen from the lens of botany, a rock from geology. But for us, a tree or a rock is a host to a spirit.

However, Ladakhis like me have been taught in schools that a rock is a non-living thing. Sadly, the knowledge of the schools has won over tradition. This defeat of other(ed) knowledge is known as cognitive injustice in academic circles. Autonomy for us, then, should be about realising cognitive justice. It cannot and should not be about license to pursue reckless development because the future of our planet lay in respecting trees, animals and water, and not in higher per capita income.

Unfortunately, people in Leh are shouting the tune of the mainstream. They are upbeat about the prospect of investments and the resultant revenue that will accrue to the autonomous council. Development is their war cry. To fulfil their dreams, Ambani has already started knocking our doors.

In this cacophony of progress and development we must take some time out. Let us bask under the winter sun, sipping butter tea like our ancestors did. Let us remind ourselves to disempower ourselves and empower the spirits of our land. Let us take a back seat.

Let us think from the perspective of a snow leopard or a skiang, a wild ass. Do they need solar-energy plants in their habitat? In our quest to be developed we are not listening to the gushing music of Singay tsangpo, the Indus river, or the silence of the vanishing glaciers.

In invoking the past of the Ladakhis, I am not arguing for a “futureless past”. That is the business of right-wing organisations. I am also not asking for a “pastless future”. That was the experiment of Soviet Union.

Development is also a march towards a “pastless future.” Americans are developed. Ladakhis are developing. So the idea behind development is to make Ladakhis like Americans. In the present rush to become Americans, we are faced with dearth of poets, artistes, philosophers and indigenous philosophies. For it is they that remind humans we are only part of this universe – not its centre.

Let me end by quoting the Native American poet Kristi Leora Gansworth: “The waters accept songs and plants, dried leaves grown and braided with love, free of chemicals, unafﬁliated with factories, the relationships come from seed, soil, song, sunlight, water. Waters respond to the offerings, these relations have their own discussions, and at no time does human interest come first because the human body did not come ﬁrst to these or any parts of this breathing planet, this breathing body we each call our home.”

Mukesh Ambani promises investment in Jammu & Kashmir, says Reliance will set up special team
India Today
Reliance Industries Limited chairman Mukesh Ambani on Monday announced that the group will make several announcements related to investment in the newly formed Union Territories of Jammu and Kashmir, and Ladakh in the upcoming days. Mukesh Ambani also said that the Reliance group will set up a special task force focused on making investments in Jammu and Kashmir. Mukesh Ambani was speaking at the 42nd annual general meeting (AGM) of Reliance Industries Ltd. At the meeting, he also announced details of the launch of Jio Fiber service.

Paradise imperilled: The ‘development’ onslaught awaiting Kashmir
Live Mint
A slew of infrastructure projects in Kashmir, now a Union Territory, are now likely to be fast-tracked. These include road projects totalling 683.31 km, the marquee Zojila and Z-Morh tunnels, and several dam projects. This LiveMint article says the infrastructure push must be seen in the backdrop of China’s controversial China-Pakistan Economic Corridor next door.

The Char Dham road project: Narendra Modi’s Himalayan blunder
Atul Sethi, The Times of India
The 900km, all-weather road enhancing connectivity between four major Hindu pilgrimage sites is PM Modi’s pet project. It will not only displace hundreds of people, but create a massive rush of pilgrims, putting untold pressure on the delicate Himalayan ecology. Experts say it’s also ill-conceived, given its location on the ‘floodway’ of the Ganga basin.

Film: Schooling the World – The White Man’s Last Burden
Carol Black
If you wanted to change a culture, how would you do it? You would change the way it educates its children. ‘Schooling The World,’ a film by Carol Black, takes a challenging, sometimes funny, ultimately deeply troubling look at the role played by modern education in the destruction of the world’s last sustainable land based cultures.

«« Compulsive consumption: The malaise at the core of the climate crisis

Catabolism: The final phase of Capitalism »»

Daniel Christian Wahl: We are a young species growing up