Aseem Shrivastava writes: A species that endangers other species endangers itself. This simple lesson in interdependence is the first principle of ecology, a commonsensical science of such far-reaching and enduring contemporary significance as to merit a compulsory education for all humans; for nothing is more perilous for human destiny today than ecological illiteracy and myopia.

It is time our technologically desensitised ‘civilisation’ woke up from its ecological foolishness before its follies wipe us all out.

“An old man can cry, too. He was a special guy in my life… a gentle giant. Harambe was my heart. It’s like losing a member of the family… I raised him from a baby, he was a sweet cute little guy. He grew up to be a pretty, beautiful male. He was very intelligent. Very, very intelligent.” — Jerry Stones, 74, from Texas, who raised 17-year-old gorilla Harambe since birth.

Long decades ago, back in the third quarter of the last century, the ecologically astute anthropologist, Gregory Bateson, gently reminded his social-Darwinian colleagues across the reigning sciences and humanities that the unit of survival is never an isolated organism. It is always the organism plus its environment. “We are learning by bitter experience that the organism which destroys its environment destroys itself.”

A species that endangers other species endangers itself. This simple lesson in interdependence is the first principle of ecology, a commonsensical science of such far-reaching, enduring, and contemporary significance as to merit a compulsory course at one stage of education or another for all humans alive; for nothing is more perilous for human destiny today than ecological illiteracy and myopia.

The opposite is also true. A species that itself feels endangered endangers others in turn. This may be more a principle of psychology than of ecology: we often react violently when we feel threatened or besieged. This is particularly true of paranoid cultures like the United States, especially today (Trump’s popularity being a symptom), when guns have been allowed to proliferate in the name of security, profit, and, truth be told, power. There are well over 300 million guns in the U.S., more than one gun for every person alive. With this many guns freely roaming around (even with students in universities in places like Texas) it is actually a surprise that more murder and killing do not happen. Animals are, of course, helpless victims.

This is the background to the murder of Harambe, the silverback gorilla in the Cincinnati zoo who was shot dead by authorities last week apparently in order to save the life of a four-year-old child who had somehow fallen into water which was gorilla territory in the zoo. A paranoid culture is unable to take pause to reflect. American gun culture, justified by the need for self-defence since the days of Jefferson, permits its members to take aim and shoot a living being dead before thinking. A little pause for thought, and perhaps more maturity in the culture about the use of weapons, might have indicated that the animal be tranquillised, instead of killed, to defuse the situation. However, the seduction of guns at the ready is too much to resist when so much of society endorses their use.

A close look at a video of the incident shows that it is more than likely that the animal was being carefully protective towards the child who had fallen into the water. Certainly, this possibility cannot be ruled out, as media footage shows. Few have asked how the four-year-old boy fell into the water to begin with. Surely, the authorities who shot Harambe must be held responsible for this lapse too?

Furthermore, even fewer have asked if Harambe had been consulted before his zoological incarceration, how zoos themselves originated in the first place! Did they not emerge in the late 18th, early 19th century Europe, much like Royal menageries, as emblems of colonial superiority and prestige? The Jardin des Plantes in Paris dates from 1793, from just after the famed revolution. The London zoo is from 1828. The one in Berlin is from 1844. Did these zoos not signify the historical moment of a virtual extinction of wild animals from European jungles, and an approaching extinction from the forests of colonial lands? Why would you need to create zoos if the jungles which have served as the home of so many animals for millennia are not threatened with extinction?

The story is not too dissimilar to the creation of museums, which typically emerge when living human cultures, breathing under the open sky, are destroyed or threatened with destruction. In each case, colonialism with its predatory addictions has much to answer for. Nor should one falsely imagine that such colonialism is somehow, fortunately, over. It has merely taken on more insidious and hideous forms in this beleaguered 21st century. No small part of the deeper and wider consequences of ongoing colonialism and conquest is the planetary ecological crisis, climate change being only the most devastating threat among hundreds of others.

In The Savage Mind, anthropologist Claude Levi-Strauss drew attention to a belief of a tribe native to Hawaii which could as easily be shared by many Adivasis in India: “We know what animals do and what beaver and bears and salmon and other creatures need, because our men were married to them and they acquired this knowledge from their animal wives.” As a matter of fact, I was told a few years back by a village elder from a Raj Gond village in the Adilabad district of Telangana: “Bbhed Dhangar ka Mama lagta hai (The sheep is the tribe Dhangar’s uncle).

Kinship with the animals is as old as humanity. Like us, animals are born, they suffer, they die. We share our sentience with them. Being biologically and psychologically nearest to humanity, animals have been so much a part of human affairs historically that it is impossible to write a decent history of human society from its earliest days without taking the enormous contribution of animals into account. Even for more recent times, it is impossible, for instance, to imagine aeroplanes without birds, ships and submarines without fish, cars without victorias, themselves modelled on quadrupeds. Such illustrations can be multiplied, but the ones given are sufficient to establish the enormity of our debt to the animal kingdom.

The hubristic industrial age — especially the era of fossil fuels, which has falsely given educated humanity the extended illusion that we are somehow, magically, exempt from the laws of the natural world, that the technosphere is about to take the place of the biosphere — has driven a sharp wedge not merely between humanity and nature (animals being a specific case in point). It has drawn an equally sharp wedge between human cultures, with the triumphant market’s marked indifference to human communities. For this profound socio-ecological alienation, not only is the entire gamut of non-human species paying a heavy price today, the laws of ecology quietly whisper that our own species already is, and ultimately will be, the just bearer of the weight of such sins. It is time that technologically desensitised “civilisation” woke up from its ecological idiocy before its follies wipe us all out.

In the Cincinnati zoo, an innocent gorilla was murdered from primordial dread. It is not clear which of us is a dumb primate. It is chilling that the four-year-old Isaiah, whose mishap last week became world news, carries the name of a Hebrew prophet.

Aseem Shrivastava is a Delhi-based writer and ecological economist. 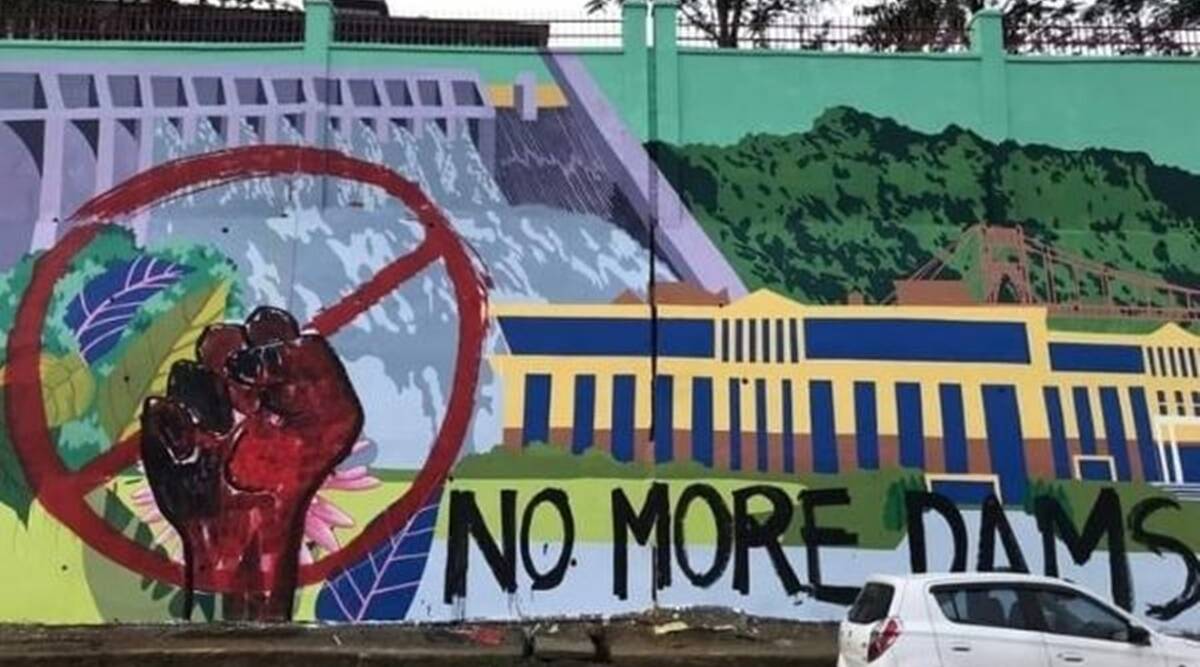