Atulya Bingham, author of ‘Mudball’, writes: With an unwavering fascination in the end of the world, environmentalism has attempted to scare humanity into acting, and we are now seeing just how spectacularly these scare tactics have failed. Not that the scare isn’t based on solid foundations, it’s more that apparently, scared people are not particularly effective at mobilising.

There’s an atmosphere of despair pervading the environmental movement at the moment. And if it’s stats you go by, then it’s no wonder. According to National Geographic, more than 80% of Earth’s natural forests have already been destroyed, EIGHTY PERCENT, most of it very recently. 38% of the world’s surface is under threat of desertification and in a recent in-depth NASA study measuring drastic changes to population, climate, water, agriculture, and energy in the 21st century, some sort of collapse in about 15 years is likely. Well, yes, it really doesn’t take an environmental scientist to see that if the population continues to explode at its current rate and we have no trees left, we won’t be breathing. No doubt a corporation will produce oxygen and sell it on to the masses at an exorbitant rate. Those that can afford it will have it pumped into their homes, those that can’t will slowly die off. What’s new? That’s the way it already is with drinking water in large parts of the world.

Feeling desperate? Join the club. I’ve been feeling more than a little despair myself, despair mixed with contempt, to be honest. How is it that so much of the world still refuses to even face the issue at hand, I’ve been wondering, never mind act on it? How can people possibly still be bleating about cellulite or the price of petrol or who George Clooney will marry, when their entire existence is in the balance? Is this a type of mass lunacy?

Yet, if I can set my anger aside, the truth is not a question of intelligence. It’s obvious. Humanity is in denial. And that is, in fact, quite normal. In fact, despite living in a mudhut, I’m probably just as much involved in it. Anyone who has lost someone close knows, the first reaction to a terminal prognosis is to pretend it just isn’t happening, because the truth is simply too devastating to contemplate. Everyone simply focuses on the hope that there will be a miracle, or some sudden technological innovation, or perhaps the doctors were wrong. Unfortunately, as I myself have witnessed, denial doesn’t prevent truth from dawning. Terminal patients still die, as we all do, be it today, tomorrow, or in 15 years.

And it is here that I’d like to pause. Because, although this is all true, it is also, as I see it, one of the gravest strategic errors the environmental movement has made since the beginning. With an unwavering fascination in the end of the world, environmentalism has attempted to scare humanity into acting, and we are now seeing just how spectacularly scare tactics have failed. Not that the scare isn’t based on solid foundations, it’s more that apparently, scared people are not particularly effective at mobilising. Humanity has been plunged into despair, and so it has buried its head even deeper in the sand of any one of our expanding deserts. 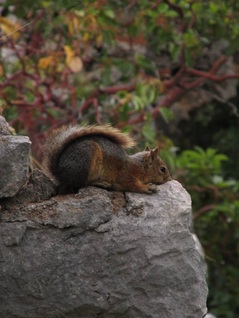 I’ve often thought that environmentalism, for all its railing against consumerism and the materialism that fuels it, is in fact over-obsessed with the material and under-obsessed with the soul, and that the fate of our planet simply cannot be altered without a deeper understanding of why we are sabotaging it. Environmentalism should have taken a leaf out of the book of its far more successful sibling in the ‘ism’ family, capitalism. How did capitalism beat environmentalism? It perused a bit of Freud and worked out what made us tick. It offered a carrot, where the environmentalists, who’ve been all hellfire and brimstone, have offered none. Either we fight off the forces of massive earth-devouring corporations with nothing more than a yaks wool jumper and a couple of placards, or we face certain death. Well thanks for that inspiring choice. Don’t mind me if I ship in a case of Chateauneuf-du-Pape and drink myself into oblivion.

I have blabbered before on the two drives that the human mind finds itself caught between; desire and fear (prodded by the carrot or stick mentioned above). The mind, despite its façade of sophistication, is a primitive, largely reptilian beast. When desire seems easier to attain than fear is to dispel, then the mind weighs up the odds. “What I fear is coming regardless, I may as well grab some of what I want,” it bargains. Environmentalism and its use of the media has unwittingly created a bottomless pit of angst within the human spirit, and I’m sorry, but you can’t save the world on that. To really be able to achieve a miracle (and seeing as I’ve witnessed a few, I view them as entirely possible, though not inevitable) the mind needs to be in a very different place. It needs to feel confident. It needs to be saturated in realistic rather than foundationless hope. And it helps one hell of a lot, if somewhere along the line a nice fat desire is fulfilled. If people will slave away for weeks in miserable jobs merely to possess an iphone, the satisfaction of which lasts less than a month, what might they do for a greater prize? But if there is no prize? Then what are they striving for?

Environmentalism has offered a prize of sorts, but it’s been fairly puritanical about it. The prize is an abstract salvation, which to the average human feels as remote as the Delta Quadrant and as likely as Eldorado. Environmentalism is just like any religion in its complete inability to curb the desires of humanity with a heaven and hell scenario, merely producing a state of guilt among its followers instead. 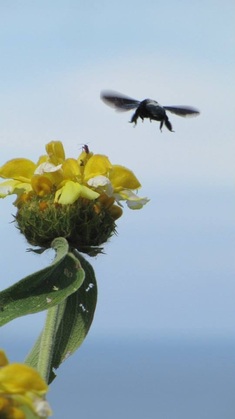 Now, this isn’t supposed to be a diatribe on the ills of environmentalism, because without the environmental movement our awareness of the issue at hand would be zilch. It is the brave and devoted ecologists in the green movement who have collected the data. It is their protests that have protected the remaining 20% of old natural forests we’re still breathing thanks to. It’s just that if anything at all is to be done, we have to recognise the old way of blame and protest isn’t working.

If this blog has a purpose or a hope or a vision at all, it’s this. I’d like to paint an alternative, and to show the real carrot that capitalism has usurped, the carrot that environmentalism ought to be grabbing back and waving in front of us for all its worth. For me, abandoning consumerism and loving the Earth has nothing to do with virtue.There is no moral highground to be attained, and no point in burdening oneself with guilt for buying a plastic bag or leaving a light on. Every human being, just like every living thing on the planet uses resources, and if humanity can sense the connection it has with the Earth, then the using of resources can be a beautiful exchange.

Truthfully, I didn’t build a mudhut and grow my own beans to save the world, I did it to save myself. Certainly, living simply and in harmony with nature benefits everyone, but no one more than me. And my prize hasn’t been some vague whiff of planetary survival eons from today, it is immediate gratification, something I wasn’t actually expecting. If you allow it, the wilderness will grant you the deepest sense of happiness you are ever likely to experience. It’s even better than sex, actually. Ah, now I’ve got your attention, haven’t I? Well, it certainly makes your toes tingle, your heart flutter, and lasts significantly longer. And there’s no awkward conversation at breakfast the next day, either. Yes. I will say it again. And again. And again. I have lived here with no partner, no car, no road, at times no power and no water, and they were the most exquisite days of my life. Nothing has bettered it. Not drink, not drugs, not the hallowed ‘relationship’. Job titles, possessions and bank balances are just trash by comparison. The magic that pours out of the dirt can heal anything. The smell of the grass, the winking of any variety of flowers, the chatter of the leaves, the secrets the animals tell, the protection your special space bestows upon you and the peace of mind it brings you, are incomparable. You will witness miracles and sorcery and beauty. You will feel valuable and safe. Anxiety recedes. Confidence grows. Without the petty distractions of the media and retail, your soul blooms into something magnificent and indestructible. You begin to manifest exactly what you want and need, because your mind becomes a vessel of clarity rather than a cloudy swamp of befuddlement. You are alive and you are life. Every single thing that a corporation is trying to sell you is nothing but a fake version of what is out here in the forest, and it’s free. Absolutely free. You need never do a job you hate again.

So if I were you, I’d waste no time. Because if you haven’t felt this, you haven’t lived. Forget the Top Ten places you have to visit and the Top Ten films you have to watch, there’s one thing you should do before you die, and that’s sense the wonder of our planet. Sense who you really are. Sense where you came from and what you are truly capable of. Find the wildman or woman within. Go and camp for a night under the stars. Grow endangered plants on your balcony. Ride your bike through the forest and inhale a little unpolluted air. Because you might die tomorrow. Or maybe in 15 years. And until enough people experience this, there can be no environmentalism, and no one can save anything, because the truth is, most of us have no idea what we’re saving.

All photos were taken in and around the Olympos valley, and courtesy of Hagop at Lost Olympos.

«« Digest: Climate crisis and the myth of ‘green’ capitalism

Why we must have water budgets »»