India’s coal dependence has led to rising emissions. Now, even the Chief Economic Advisor has acknowledged that India needs to cut down on them.

A new global report has revealed that India’s carbon dioxide emissions growth in 2014 was not only the largest in terms of volume in its own history, but for the first time the country has become the biggest contributor to global emissions growth.

In other words, India has bucked a worldwide trend of slowing carbon emissions to become the fastest-growing major polluter in the world. This marks a significant shift in carbon emissions trends that holds serious implications for climate change.

The first sign that the Indian establishment has taken note of this emerged on Wednesday with a report in the Business Standard stating that Chief Economic Advisor Arvind Subramanian has written to the Prime Minister, recommending that India change its strategy on climate change. “He has advised that India stop focusing on adaptation to meet the inevitable threats of climate change on the poor and, instead, do more to reduce its own emission,” the newspaper said.

What is driving the shift
Projections by several international agencies including the World Bank show that the Indian economy is expected to grow faster than any other major economy, including China. High GDP growth means a proportionate increase in energy consumption – read fossil fuels, which meet 85% of the country’s energy needs – which in turn means greater carbon emissions.

However, a high GDP growth rate alone does not explain India’s disproportionately high emissions. For instance, the Chinese economy, almost five times as big, grew at the same rate (7.4%) as India in 2014, but China’s carbon emissions growth was only half of India’s. This brings us to the second layer of the problem: coal.

Coal is the single biggest source of energy in India, supplying 54.5% of the country’s total energy needs and 61.5% of the installed power generation capacity. It is at the heart of the Modi government’s growth strategy, the primary energy source fuelling its massive, Chinese-style industrialisation drive, announced under the Make In India initiative.

Data from the World Resources Institute show that out of 1,200 new coal-based thermal power plants being planned worldwide, the lion’s share—455 plants—are set to come up in India. The cheapest among fossil fuels, coal also has the highest carbon content, making it the ‘dirtiest’ energy source in terms of pollution and impact on climate.

The third layer of the problem is that, not only is India banking on highly polluting coal to fuel its economic growth, our coal-based power plants are among the worst in the world when it comes to efficiency. Earlier this year, the first-ever environmental study of coal-based power plants in India, conducted by the Centre for Science and Environment, revealed that Indian coal plants fail to meet global benchmarks on nearly every count.

While India’s high emissions growth is determined by these factors, we are at odds with the world also because emissions have been steadily declining elsewhere, thanks to a host of supplementary trends. These include an ongoing economic slowdown in most major economies, globally-significant emission cuts by the EU and Japan, and a major Chinese push in renewable energy.

More than a ‘trend’
It is true that the Modi government is also pursuing a renewable-energy programme considered to be among the world’s most ambitious, apart from a clutch of energy-conservation schemes. However, this does not indicate a turn away from highly polluting fossil fuels, as is evident from the government’s massive investment in coal power to meet its ambitious growth targets.

The recent crackdown against the Greenpeace India, which has consistently opposed coal-mining in forest areas and highly polluting coal powered plants, attest to the determination behind the government’s energy policy. Considering that we are still in the early days of the government’s aggressive industrial push, what this implies is that Indian emissions will keep rising in the coming years even as emissions by other major polluters continue to decline.

In short, India has, almost overnight, emerged as one of the most critical players when it comes to climate change.

The road to Paris
This December, government delegations from just about every country will converge at Paris for the 2015 Conference of Parties (CoP) of the United Nations Climate Change Conference, described as the most important climate negotiation in history.

Ahead of the meet, each member nation is expected to submit a voluntary emissions pledge, termed Intended Nationally Determined Contribution (INDC), which usually includes a commitment to a future ‘peak emissions’ date. The INDCs signify the extent of each nation’s willingness (or lack of it) to tackle climate change, and are largely what will determine the outcome of the negotiations. While critics say that the INDCs submitted till date are far from encouraging, an intriguing fact is that among major polluters, India alone is yet to submit its INDC.

India’s Minister for Environment and Climate Change Prakash Javadekar has stated that India would be submitting its pledge ahead of the Paris talks, but added that it will not set a date for peak emissions. Mysteriously, he also added that India’s INDCs would be “much more ambitious” than the world expects.

Javadekar’s stance point to the age-old division that has plagued international climate talks from the start: Developing nations stress historical emissions to insist that rich nations make bigger cuts, while the latter point to future emissions and want developing nations to apply the brakes first. The result is a climate gridlock, which is why most talks have consistently failed.

Carbon emissions are a many-sided phenomenon, and the estimates you get vary depending on the criteria applied. For instance, if you apply criteria like population and historical emissions, you get a very different picture of carbon emissions than when you take country-wise estimates. National estimates are misleading also for another reason— ours is a globalised economy where rich nations routinely ‘outsource’ emissions by outsourcing manufacturing to developing nations.

So, when India and other developing countries accuse rich nations of double standards on climate change, they are right. This may be a genuine grievance, but it almost amounts to a technicality when seen against the enormity of the existential threat that is climate change.

The impact of carbon emissions is cumulative; that is, every ton of CO2 added to the atmosphere adds to the increase in global temperatures, which in turn pushes the world that much closer towards irreversible climate change.

The scientific consensus today pegs the absolute maximum temperature increase that the planet can afford at 20C, beyond which we risk dangerous and irreversible warming that could endanger human survival itself.

The cumulative impact of CO2 emissions means that the question of who is responsible for how much emission in the past matters less; what really counts is that every additional ton of CO2 increases the risk for everyone.

In fact, the risks are not the same for every country. Studies have repeatedly shown that for largely tropical countries like India, with its large coastal populations, largely rainfall-dependent agriculture and glacier-dependent freshwater supply, climate change poses a disproportionately graver threat.

Projected risks of extreme climate change in India – that is, a global temperature increase from 20C to 40C – spell nothing less than catastrophe: extreme heat waves, changes in rainfall patterns and persistent droughts affecting food security, impact of sea-level rise on cities and the large coastal population, freshwater scarcity owing to glacier melt, rise in vector-borne diseases and overall distress migration and conflict.

This not a futuristic scenario: some of these impacts are already being felt in the form of unprecedented heat waves that killed hundreds recently in the Deccan, extreme weather events like the 2013 Uttarakhand flash floods and increasingly erratic rainfall, which studies show are only expected to get worse.

Business as usual won’t do
Analyses of the data presented by the Intergovernmental Panel on Climate Change’s authoritative Fifth Assessment Report (AR5) show that anywhere from 80-90% of remaining fossil fuel reserves should be left in the ground for the world to even have a chance of limiting global warming to below 20C.

Recent research shows that if carbon emissions continue at present rates, the 20C barrier may be breached as early as 2036. What such ‘deadlines’ don’t tell us is that many climate change impacts are unpredictable and impossible to track on even the most flexible timeline, thus seriously undermining our ability to prepare for them, as a recent article pointed out.

For all this, you rarely get a sense of urgency about climate change in India, particularly in our mainstream media, where it is routinely displaced by blissful paeans to economic growth, as if the two were not connected. This can no longer go on, now that India has emerged as the world’s fastest-growing major polluter.

India simply cannot afford to mimic China’s ‘grow now, pay later’ approach, given the cumulative nature of the impact of carbon emissions on the climate. The fact is, given India’s sheer size and the accelerating rate of its emissions – it can now be described as a ‘make or break’ player for climate change.

The choice is clear: given its own vulnerability to climate change, India must rethink its growth-obsessed economic model and act immediately to effect a voluntarily transition to clean energy, while simultaneously putting pressure on other big polluters to follow suit. Or, it can continue playing a lethal game of brinksmanship from which everyone loses, but above all India itself.

(An edited version of this story was published on Scroll.in)

Charles Eisenstein: Everything You’ve Been Told About Debt Is Wrong »» 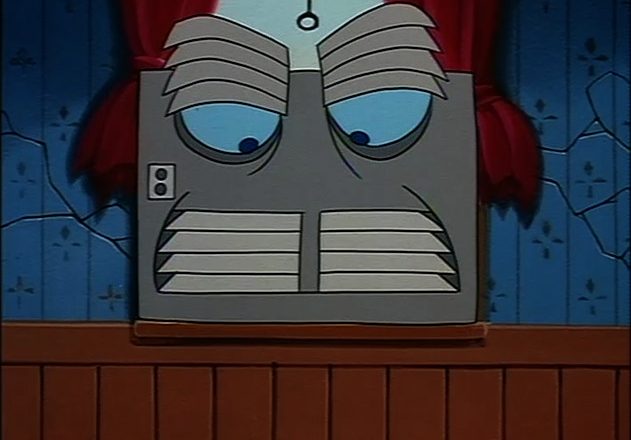 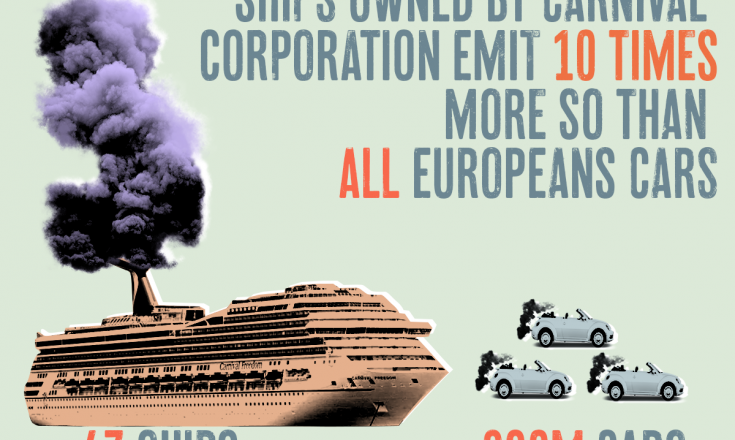 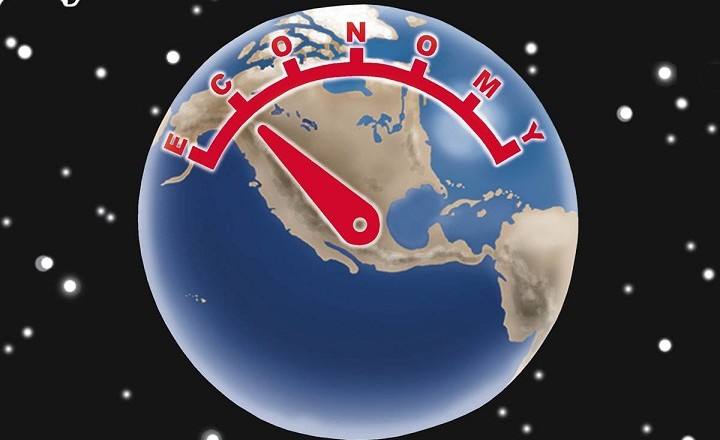 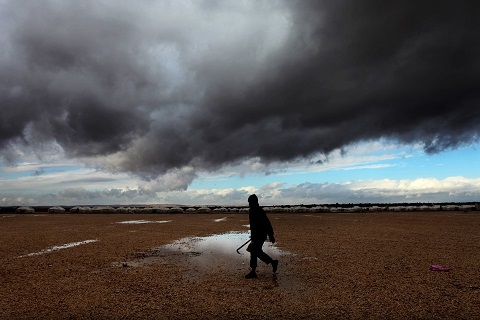