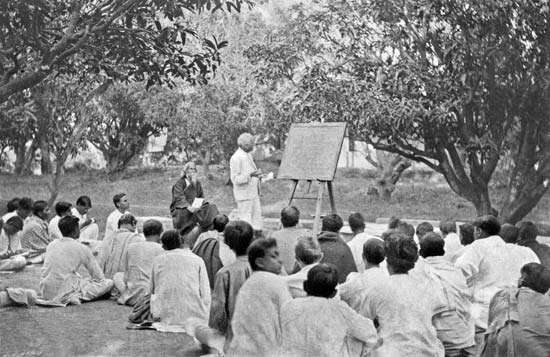 Aseem Shrivastava writes: Tagore’s play Mukta-Dhara foretells the manner in which people across the country have been losing their freedom— those uprooted by development quite obviously so, those ‘benefitting’ from it (mostly living in cities) more subtly and invisibly. This is the ecologically fatal price of ‘progress’, which Rabindranath anticipated in much of his work.

J.C. Kumarappa was a stalwart of India’s freedom movement, Gandhian economic philosopher, pioneer in the development of village and cottage industries and advocate of a decentralised, localised economy of permanence and freedom. Yet, he remains practically unknown to the present generation of Indians. A tribute to Kumarappa by Pranjali Bandhu, editor of his collected writings.

Robert J. Burrowes writes: Just listing the types of rubbish generated by humans is a staggering task. Nevertheless, I will give you a reasonably comprehensive summary of the types of garbage being generated, the locations into which it’s being dumped and some indication of what’s being done about it and what you can do too.

Nehru’s grand illusion was to imagine that the ‘good’ in the modern world could be somehow magically preserved while allowing the ‘evil seed’ (gluttony of power?) to flourish into a ravishing rainforest of destructive avarice, an inevitability our times are having to face, as barbarism knocks on every door. Gandhi’s fears are globally vindicated today.

Prof. Irfan Habib writes: This year is the centenary of one of the most remarkable episodes of modern Indian history, the Champaran satyagraha of 1917 that joined the national movement with the great struggle of the peasantry for bread and land, exposing how the twin processes of drain of wealth and de-industrialisation had ruined India.

From Vikalp Sangam: Located in the village Vinchurni, in Maharashtra’s Satara district, the 100-acre Maganlal Gandhi Smrutivan was originally a rocky grassland, that has since been transformed into a fertile estate that now teems with various interdependent lives. Behind this makeover is the 89-year-old former ‘Bhoodan’ activist Babulal Gandhi, aka Babu Kaka, and his family. 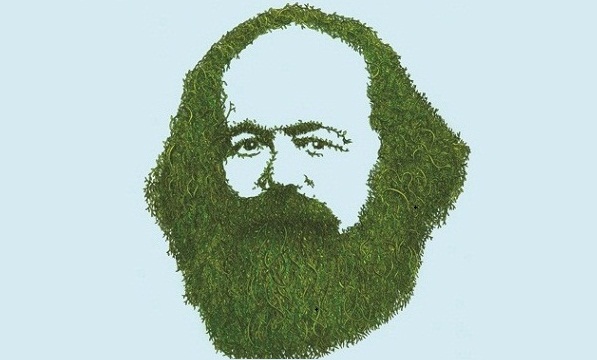 Karl Marx was possibly the founder of the most appealing secular religion in modern times. On his birth anniversary I hear a call from within; I feel like paying homage to the prophet of modern times. Though I’m not a Marxist, the oceanic currents in his thinking continue to fascinate students and wanderers like me.

Gandhi and Kumarappa shared an objective of building a non-violent social and economic order that promoted equity and justice for all. Their understanding led them to conclude that “the only path to true democracy in political life, and to peace among nations” was a decentralised economic and political system where, necessarily, the “rewards were moderate”. 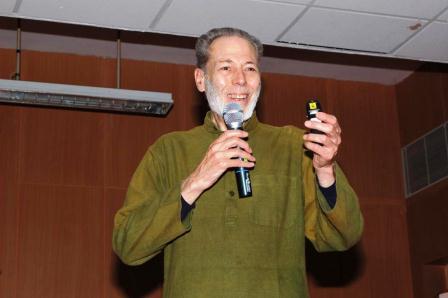 From TheWire.in: Ecological economist, Gandhian thinker and author Mark Lindley has some stark warnings for the future of hi-tech societies, and a few ‘prescriptions’ for India and for economists, who he says vastly underestimate the gravity of the looming environmental crises. Ecologise and Graama Seva Sangha recently organised a lecture series by Lindley in Bangalore.

Smoke-free kitchens, productive farmlands, abundant natural resources — these are some of the features that make over a dozen villages in Karnataka’s Belagavi district stand apart. The concept of enhancing rural livelihoods through active participation of people was introduced here by Shivaji Kagnekar, 67, a social reformer, who has successfully explored possibilities of rural development.

Vaidehi Daptardar writes: Though not a structured model, Gandhi’s concept of trusteeship envisioned every member of society as the trustee of wealth generated out of the collective efforts of all. He expected that trusteeship will result in non-violent and non-exploitative socio-economic relations and development models based on production systems centred around the preservation of nature.