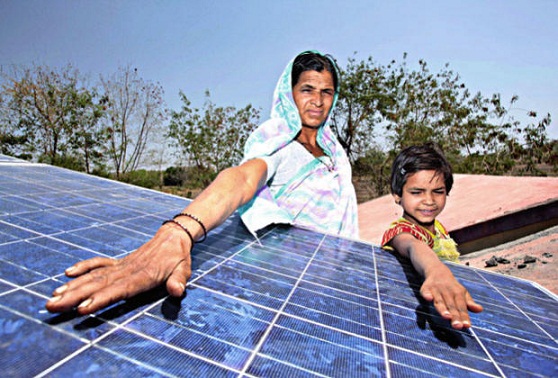 As India like the rest of the world shifts from fossil fuels to renewables, India should also launch a new initiative for this dramatic transition. One of the guiding principles for energy transition should be India’s civilizational value of “simple living and high thinking” and not to maximize gross national product as other countries do.

From Deccan Herald: There’s a great deal of disagreement between those who predict the end of oil era and those who believe in the need to look for more oil reserves. Since India’s ready to invest a huge amount in transforming its economy, there’s an urgent need to find out which scenario will pan out.

Every five years, the Central Electricity Authority prepares a National Electricity Plan. Last December, the CEA released draft of third NEP for 2017-2022 seeking comments from various stakeholders. Some of its conclusions, like ‘close to zero energy demand deficit’, may sound like music to power starved India but also raises serious questions about its authenticity.

Bhamy Shenoy writes in Deccan Herald: There is a comforting thought that the fall in solar energy and wind energy prices, and their greater adaption will provide solution to reduce the use of fossil fuels. Often ignored or overlooked reality is the difficulty in reforming the existing energy scenario both in the developed and developing countries.

(This article was first published in Industrial Economist) Brent crude oil price after reaching a high of $110 per barrel in June of 2014, seems to have reached a floor price of $45/b this January. It has gone above $60/b. Despite earlier failure to predict oil prices, oil experts are again at it to predict where oil